Is Your VPN Not Working? Learn How to Fix VPN Problems!

When functioning properly, VPNs offer a wide range of benefits, but they don’t work flawlessly all the time. As with any piece of software, problems regarding functionality arise in different ways. This article will look at the most common problems that may take place when you’re using a VPN service. Don’t beat yourself up trying […]

When functioning properly, VPNs offer a wide range of benefits, but they don’t work flawlessly all the time. As with any piece of software, problems regarding functionality arise in different ways. This article will look at the most common problems that may take place when you’re using a VPN service. Don’t beat yourself up trying to figure out what the heck is going on with your VPN.

Read this guide, find out why your VPN is not working, and learn how to tackle every potential problem. For speed, try skipping right to our slow Internet connection section, the disconnection issues section, or our crashing problems section for help with those VPN fixes.

Make sure the server is online

The most common mistakes are usually the ones we overlook. If the VPN client can’t connect, try opening a website without connecting through a VPN to check whether the Internet connection is okay. If the connection is still disabled, you can restart your router by unplugging it for 30-60 seconds and plugging it back in.

If the Internet connection is still down, then something could be wrong with the ISP.

Make sure your VPN is up to date

Quality VPN providers work with developers to make sure that their version of the software matches the technological capabilities they have at their disposal. With that being said, your connection may lack stability if your version of the VPN software is not up-to-date. To make sure your VPN software is running smoothly, make the necessary updates; if possible, allow your software to update automatically. If not, make sure to check for available updates regularly. 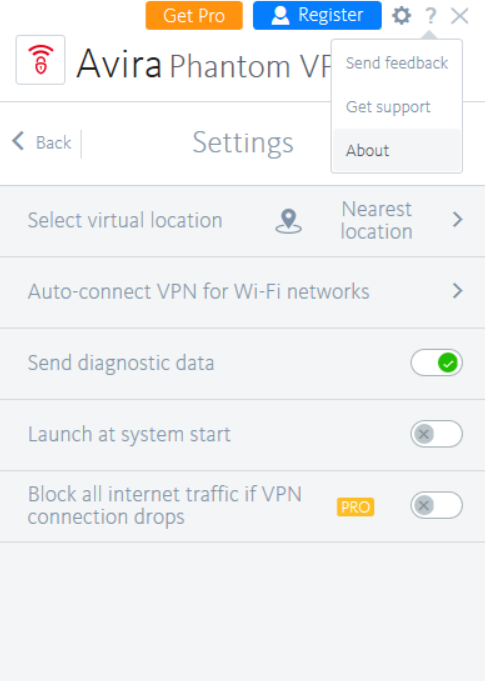 Another reason why you may not be able to connect to your VPN service may be because the software is glitching. Before you make any definite conclusions that you absolutely can’t connect to the VPN client, try restarting the VPN software, and give it one more try. Software glitches happen more often than you’d think.

If your VPN has its own program, make sure it’s closed all the way down and it’s not just minimized. If your VPN is a browser plug-in, close the plug-in, and restart it.

If you have been testing more than one VPN provider on your device, make sure to erase and uninstall any previous VPN software packages, and see if that helps resolve your issue. If two VPN software packages are working at the same time, that may potentially disrupt the flow of the system you’re currently working on and mess with your Internet connectivity.

There is the possibility that your firewall just doesn’t get along with your VPN. Firewalls can often be overprotective of the traffic that enters your device and may disrupt the workflow of the VPN service if they notice that something fishy is going on. However, firewalls are often wrong when it comes to labeling some traffic as potentially malicious, so you can try disabling the firewall just so that you make sure that the firewall is, in fact, disrupting your Internet connection.

Don’t forget to turn the firewall back on once you’ve checked. You definitely want to have your firewall on as a protection measure against hackers or other malicious users. 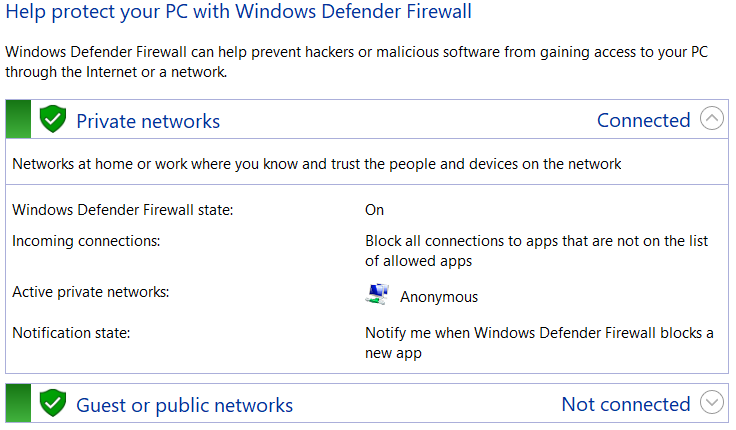 Use a quality VPN service provider

Furthermore, a crowded VPN server can’t logically provide a very fast Internet connection. For instance, if 100 people are using a 1000-Mbps server, you can’t expect to have an Internet connection faster than 10-Mbps. Other factors that draw a line between free and paid VPN service providers are:

Choosing the right VPN service provider has a huge impact on the speed of your Internet connection. Reading our thorough reviews on the best VPN service providers will help you make a well-informed decision regarding your perfect VPN. Here are two which we highly recommend:

Your device connects to the VPN via a networking port. Your device routes traffic from the VPN server to a specific port. However, certain ISPs and networks block traffic on specific ports. When this happens, your VPN connection will be denied, or it can be disrupted, followed by an unbalanced flow. Additionally, some ports are faster than others for seemingly no apparent reason. So, if you’re experiencing slower speeds you might want to reconsider the VPN port you’re using right now and switch to a faster one.

Most VPN service providers allow users to quickly and easily change VPN servers. In most cases, all you’ll need to do is go to your VPN client, select a VPN server, and confirm the selection. Then, you can run a speed test to see if the new server is faster.

Most VPN providers allow you to connect through Transmission Control Protocol (TCP) or User Datagram (UDP). The speed between these two IP protocols is different, so changing your IP protocol may result in improved speeds. The TCP is considered as more commonly accepted among VPN providers, but the UPD offers a faster and more stable connection.

A VPN protocol can simply be explained as the way in which the VPN protects the transferring of your data. There are a wide range of VPN protocols that are used by different VPN service providers. These are the seven-most used VPN protocols you need to know about:

Out of these seven VPN tunneling protocols, the most commonly used ones are the OpenVPN, PPTP, and L2TP.

Check whether the hardware can support the encryption

If your device is considerably old and outdated, chances are the encryption is taking up too much of your CPU power, which can hurt your Internet connection. You might want to check whether the device you’re using can support the encryption. If not, maybe it’s time to upgrade to a better machine.

Wired connections, as opposed to a Wi-Fi connection, is a lot faster and more secure. That is because the wired connection doesn’t transmit data over a shared channel between multiple devices, which is known to produce increased latency and slower connection speeds. Even though the Internet speed is mainly determined by the strength of the VPN server, using a wired connection will eliminate many interferences and will definitely improve the speed of your Internet connection as wired connections are known to support much higher speeds.

Sometimes, VPN servers stop functioning properly for no reason. You could beat yourself up trying to figure out what’s wrong with the connection on your end until you find out that the problem is the server itself. Try disconnecting your device from that VPN server, and try testing other servers to see if the problem goes away. VPN servers located in your country that are not very distant are more likely to be stable.

Your level of encryption has a direct correlation to the speed and quality of your connection. The protocol used by your VPN may be causing your VPN to disconnect. We mentioned that the safest protocol is OpenVPN, and we don’t advise you to make any permanent changes. But if your VPN keeps disconnecting, you might want to switch between protocols just to see if the connection issue still persists.

Check whether the security software is disabling the VPN

Try connecting the VPN service from a different device

Connect to a nearby server

Unless you’re trying to spoof your location to a specific country, you should connect to the closest server available. The physical distance between you and the VPN server affects the connection speed. That’s because it takes time for data packets to travel between you and the VPN server. Although it’s not always the case and that many VPN servers operate well regardless of the distance, you should try connecting to a nearby server to see if the connection issues disappear.

Given that almost every VPN service gives you the option to change which VPN server to connect to, connecting to a server that is physically located near your geographic location shouldn’t cause any issue. 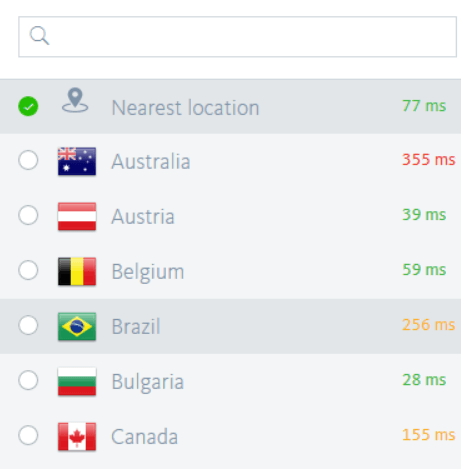 While it doesn’t happen very often, it’s possible that something at the router level of your network can cause connection problems. If you suspect that this might be the problem that causes your VPN to keep disconnecting, I suggest you plug directly into the cable jack with an Ethernet cable to see if the connection issues still persist.

Many VPN service providers offer DNS service as a means to boost your online privacy. However, there is a chance that the DNS service is causing your connection problems. Every VPN service provider has different steps for changing the DNS server. Don’t worry; changing your DNS server is a safe and reversible configuration adjustment that won’t harm your device or network.

If you have too many apps running in the background, your VPN client might crash. That’s also far more likely to happen if your device is relatively old and doesn’t have the necessary CPU power. Keep in mind that you should be alarmed if your VPN client crashes regularly. If it happens every once in a while, there’s probably nothing to be worried about. Either way, if your VPN keeps crashing, try closing other apps to see if that will help resolve the issue. 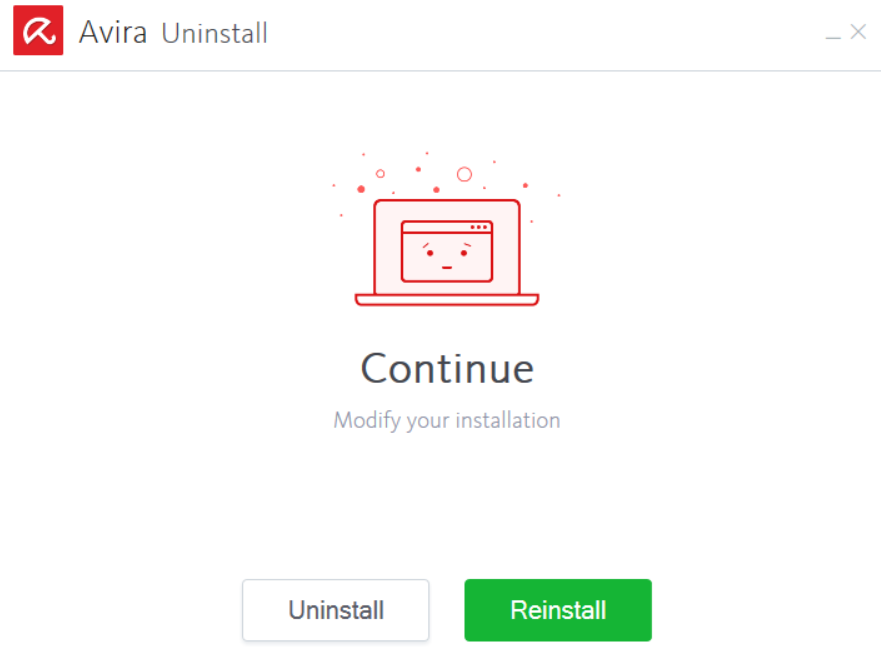 Make sure to have the latest version of the VPN software

You should always keep your VPN client software up to date. While some updates only tweak the main functionality of the software, others are important for the software to run properly. So, it’s essential not to ignore the update requests, as ignoring them could lead to your VPN software crashing if it’s tremendously outdated.

Restart your router/modem or switch device

Before you rule this possibility out, make sure that the router/modem or switch device are functioning properly. Technical difficulties may arise at any time, and they may cause your VPN to crash. Just turn the router on for about a minute or so, and turn it back on to see if the VPN keeps crashing.

Try connecting on a different network

Your network may be causing your VPN to keep on crashing. To rule this possibility out, try connecting to a different network to see if the VPN continues to crash. If you confirm that the problem is with your network, you’ll know that something about your network causes the VPN to crash. Check your Wi-Fi or Internet settings to see if you can find something that prevents your VPN from functioning properly.

What’s that? Your VPN still isn’t working? It’s time for you to read our reviews of better VPNs and get yourself protected conveniently once again!