Private Internet Access vs NordVPN: Which is the Better VPN?

A closer look at NordVPN’s features

By comparing further the Private Internet Access vs. NordVPN basic feature sets, we found the latter to have a slight edge. NordVPN uses AES-256 encryption as a default, while PIA has AES-128 as default with AES-256 as optional. This doesn’t show any noticeable difference for most users, but those who use VPNs for high-security purposes should take note. 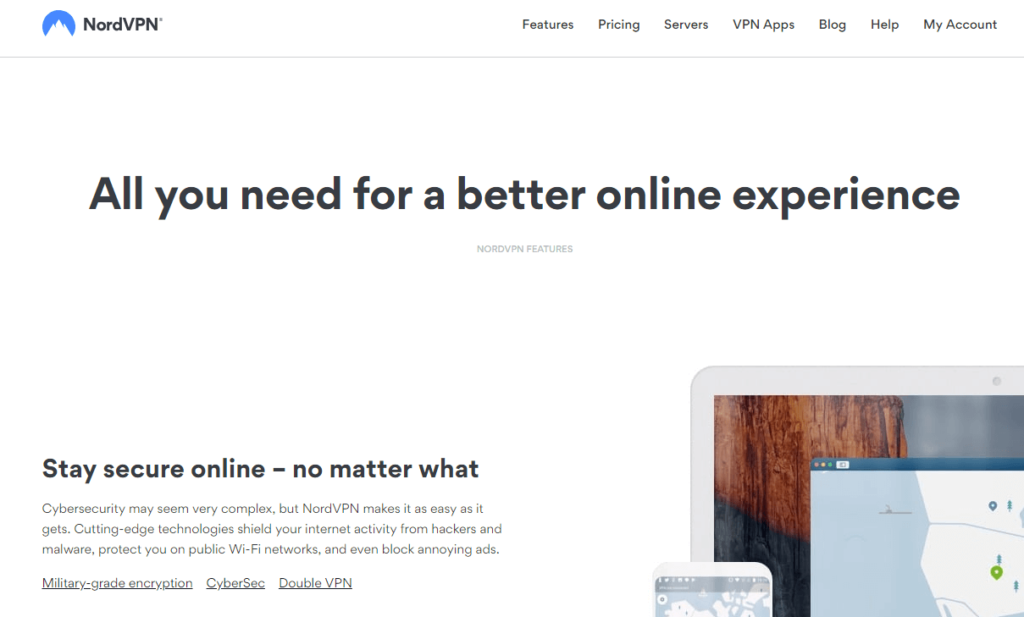 NordVPN also stands out more in terms of special features. The notable ones are:

The features are mostly centered around security, ensuring a good amount of protection. They are available for all plans.

One interesting feature of Private Internet Access is that you can use the same protocol for all connected devices. In contrast, NordVPN requires each connected device to use a different protocol. This makes PIA robust even if it only lets you connect five devices simultaneously, compared to NordVPN’s six. 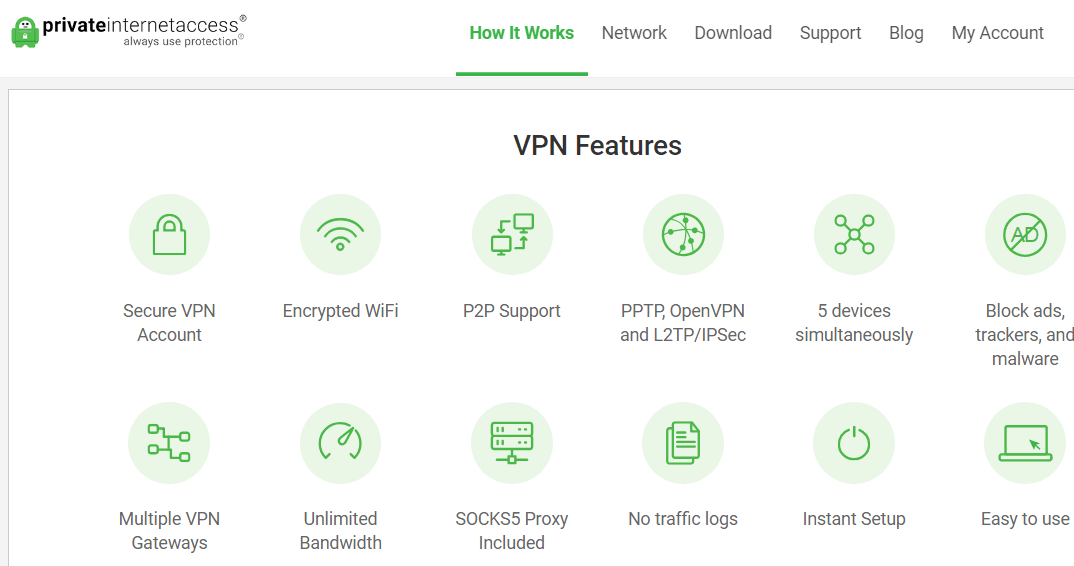 While PIA’s extras are fewer and less specialized than that of NordVPN, PIA still offers a great level of protection when you are browsing online. Learn more about them, and their very affordable pricing, click this link where we review them in depth.

Another aspect we reviewed in our Private Internet Access vs. NordVPN comparison is the number of servers that they have. NordVPN wins here by a large margin, having 5,100 servers in 61 countries. PIA currently maintains 3,300 servers in 33 countries. To be fair, these two providers are so far ahead of the competition in terms of server numbers it’s like comparing Michael Phelps with Usain Bolt: They’re both pretty darn good.

NordVPN is also able to give users greater privacy since its headquarters is located in Panama. The country is well-known for its relaxed Internet policies, like not requiring VPNs to keep user logs. This is a good guarantee that the company’s “No logs” policy does indeed deliver. The Private Internet Access “no log” policy has also stood up, so we’ll call this a draw.

Both providers allow torrenting, but Private Internet Access has a greater reach since this capability is available on all its servers. This means that you don’t need to look around for specific servers to connect to when downloading.

On the other hand, NordVPN only allows torrenting traffic through special servers located in 37 countries, including:

While this limits your options, NordVPN’s dedicated servers are optimized for torrenting. The server locations are also indicated on the NordVPN app’s map for quicker access. The win goes to Private Internet Access and their complete lack of restrictions here.

Due to Netflix’s aggressive efforts against VPNs, NordVPN is one of the few providers that are still able to access the streaming site. Its SmartPlay features provide several functions similar to Smart DNS proxies to access geo-blocked Netflix servers. It is active by default, letting you stream immediately.

On the other hand, Private Internet Access can still connect to several other streaming sites, despite not being able to access Netflix anymore. These sites include:

These sites have their own popular programs you might be interested in. In particular, CBS and Hulu are a must-have for those following the March Madness games. If Netflix unlocking is very important to you, try out either of these two which we tested and know work:

To better see which provider fares better in our Private Internet Access vs. NordVPN head-to-head, we also looked at their performance. Our comparison data comes from the previous tests we did for the providers, as well as the claims they make on their sites.

With PIA, we ran our tests using a connection capped at 2Mbps. We connected to the nearest server, and we were able to go around the cap, registering an average download speed of 6.6 Mbps. This is a fairly good result and would be suitable for those with restricted connections.

When we tried using our connection for P2P downloading, we observed a 5-10% decrease in download speeds. This drop isn’t noticeable for most torrenting applications. Besides, the availability of torrenting on all of PIA’s servers gives you plenty of options if you want faster speeds.

Private Internet Access also did well when connecting to international servers. We tested the French servers and were able to stay connected during our long test. However, we did notice that the client app can have some minor issues when switching between long distance servers.

On its site, NordVPN claims to be the first provider awarded by Ookla with their Recommendation Badge, which we have confirmed.

Ookla’s tests show that both providers delivered almost identical performances. Ookla mentioned that the one advantage NordVPN has over PIA is that the former is accessible in China. However, the function is only available for Windows users there.

User-friendliness is the third aspect of our Private Internet Access vs. NordVPN comparison. Both providers have simple apps that you can set up quickly. They also have Quick Connect buttons for fast operations. 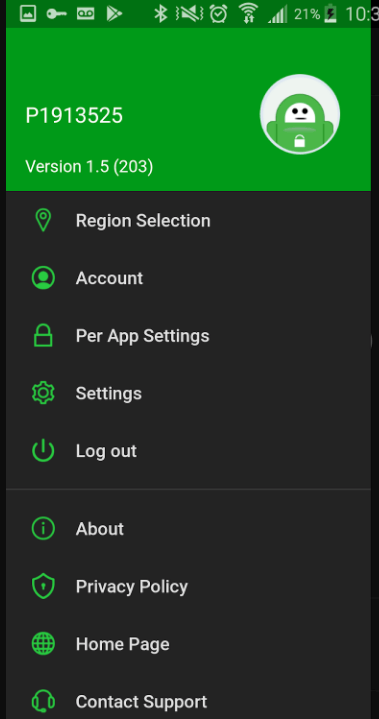 One thing that sets PIA’s app apart is the greater number of settings you can tweak, including:

These large numbers of settings let you tailor the VPN to your specific connection for greater efficiency.

PIA’s desktop app is also less intrusive. When you minimize the screen, the app remains accessible in the taskbar. You simply right-click on its icon to get to the essential features. Overall, we’d call it the cleanest, most easy to use app for mobile or desktop we’ve come across.

The first thing that will catch your attention when opening the NordVPN app is the large home screen map. It displays all the available servers in your location, including the ones for P2P. You can quickly connect to any of its servers by clicking on the pin icon. 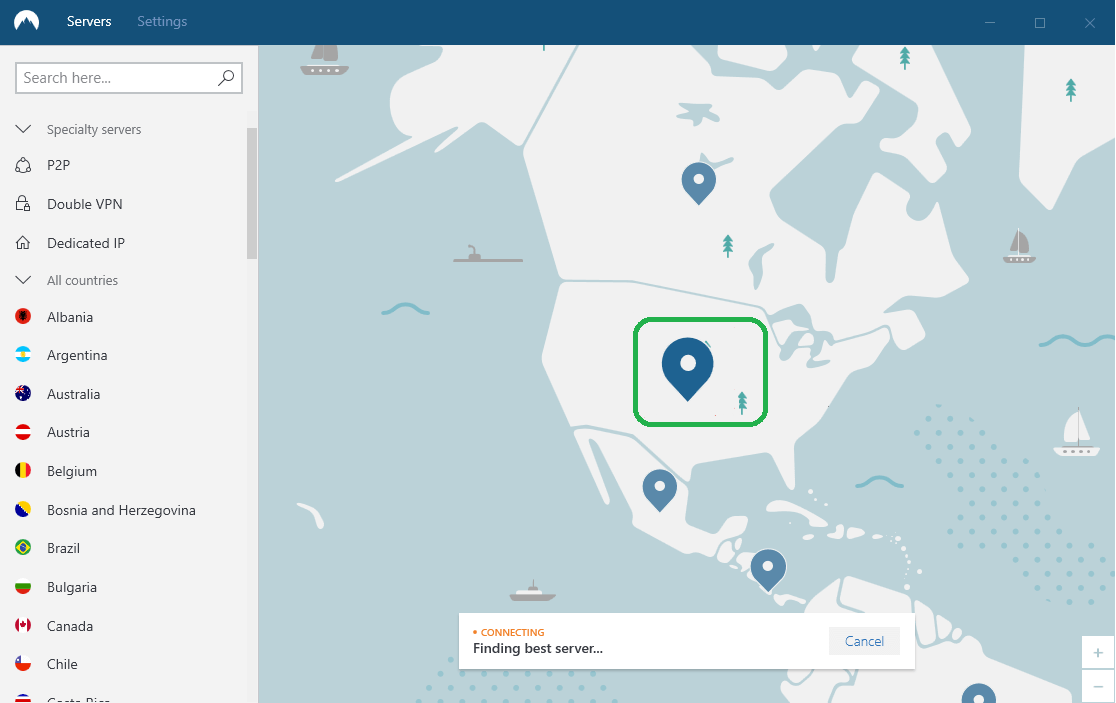 The app also lists the available servers on the sidebar. Each entry displays the current load for the server. You can narrow the list down to the special servers for double VPN and P2P, as well as add a specific server into your Favorites list.

Another notable feature on the NordVPN app is the Quick Connect panel. The provider says that it uses a complex algorithm to determine the best server based on your connection. It is available by default whenever you start the app. Overall, it’s more complicated than Private Internet Access’ streamlined app.

The two providers have similar VPN subscription plans, with all features accessible on every plan. Both accept major credit cards for payment, though Private Internet Access is the only one that accepts Paypal. You can also pay using popular cryptocurrencies like Bitcoin and Ethereum, with PIA offering more options here.

Breaking down their plans, PIA has:

NordVPN has the following plans:

Comparing the two sets of plans, we see that PIA is half the price of NordVPN’s plans. Even considering the latter’s three-year offer, PIA’s two-year plan is still cheaper by a large margin. NordVPN’s three-year plan might also be less suited for casual users who opt for shorter plans.

When it comes to refund guarantees, NordVPN has a significant advantage over Private Internet Access. The former offers a 30-day money back guarantee while PIA only has it for seven days. Some people might find the shorter guarantee period enough to test the services and decide whether to purchase a plan.

To get your refunds, you need to send a request to the two providers’ customer support staff. Both have the following channels you can use:

They both have fairly responsive agents that will help you get your request processed.

Which one wins between them?

In our Private Internet Access vs. NordVPN comparison, the two providers were evenly matched, but we declare PIA the winner because of the following factors:

Try Private Internet Access for yourself and see how well it performs. It ranks #2 overall in our Cheap VPNs review below, and is a great bargain at any price:

NordVPN still really impressed us, and would have likely won this if they were priced lower. Private Internet Access is just so affordable it’s hard to ignore. You can also check out our full list of recommended VPNs to see how they fare against other providers.