NordVPN vs IPVanish VPN: Which VPN Should You Buy?

IPVanish and NordVPN are two of the most popular VPN providers, which can make choosing a hard task. To help out, we did a detailed NordVPN vs. IPVanish comparison. Let’s find out how each provider fare and which one is worth the money.

IPVanish and Nord VPN provide support for all major platforms, including Windows, iOS, and Android. Both also allow router-based installations, but they differ in the specific models supported. NordVPN recommends that you use an Asus, Linksys, or D-Link router. IPVanish can support routers with custom Tomato or DD-WRT firmware installed.

Other features both providers have include:

All these features guarantee that both will be able to handle most basic VPN needs.

A closer look at IPVanish’ features

One of IPVanish’s biggest strengths is that it can support 10 devices simultaneously. This is almost double the capacity of NordVPN, which only goes up to six. However, IPVanish does remind you to have only one connection if you’re using the PPTP or L2TP protocol.

IPVanish also has an Obfuscate/Scramble feature to disguise your traffic when using the OpenVPN protocol. The site says that it will even work on trackers that use deep packet inspection to detect OpenVPN traffic. This makes IPVanish suitable when in countries like China where OpenVPN traffic is restricted. 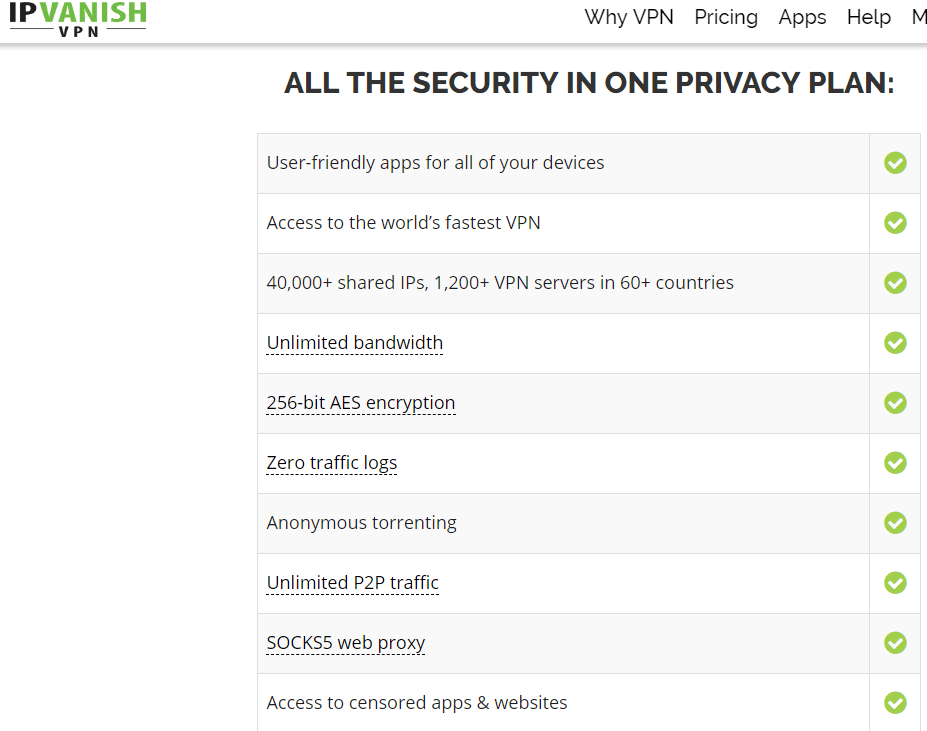 The Scramble feature works well with IPVanish’s unlimited server switching function to hide your traffic further. The company also has 40,000 IP addresses that you can use.

IPVanish provides split tunneling. This lets you select which app or program traffic will go through your VPN connection, helping you increase your connection speed. Split tunneling is currently available only on the Android app.

A closer look at NordVPN’s features

NordVPN carries a more specialized set of extra features. One of the most interesting is its double VPN capability. It works by passing Internet traffic through two separate servers, increasing your traffic’s encryption. Click on the DoubleVPN button to use it, and see the available server combinations. 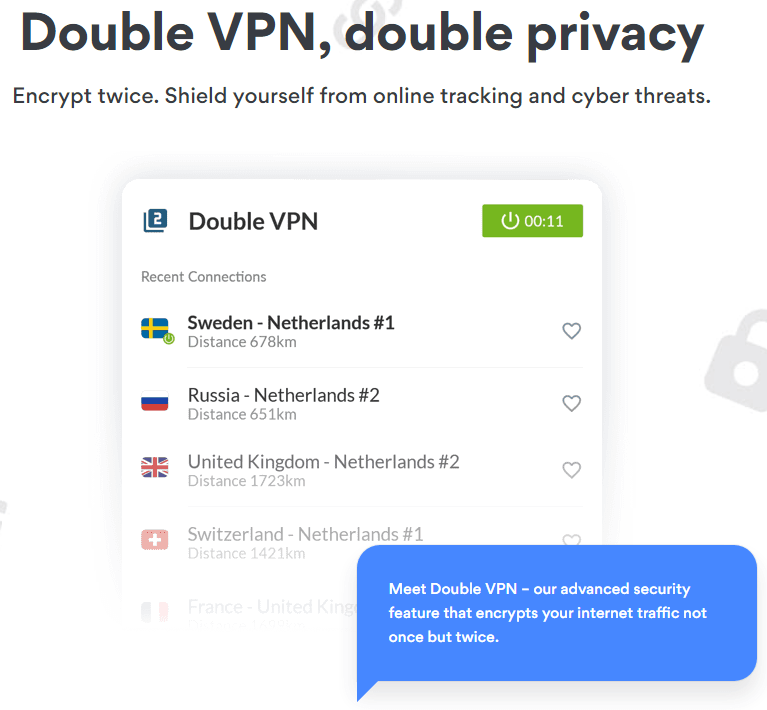 NordVPN also has the CyberSec ad blocker feature which stops connection requests from known ad sources. The site claims that it also blocks malware and botnets. The feature is active by default when you install NordVPN’s client.

Other NordVPN features to take note of are:

These features make NordVPN a versatile provider for different applications.

NordVPN vs. IPVanish: Servers and reach

Our NordVPN vs. IPVanish comparison showed both providers having similar coverages; both have servers in 60 countries. However, NordVPN outreaches IPVanish in the number of actual servers. The former has over 5,300 servers as opposed to the latter’s 1,200. You can find NordVPN’s servers in these locations: 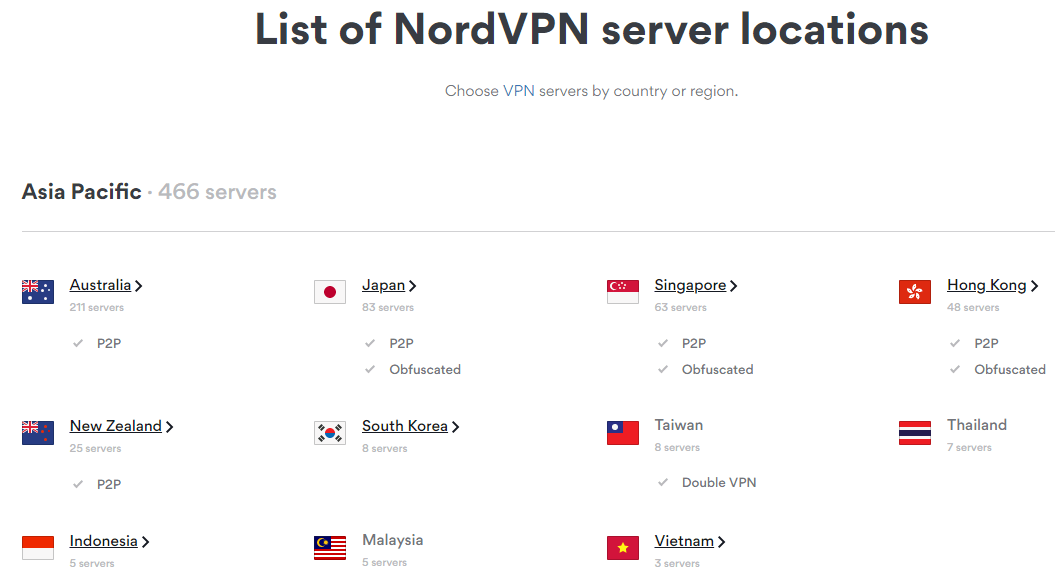 Here is a list of locations of IPVanish’s servers: 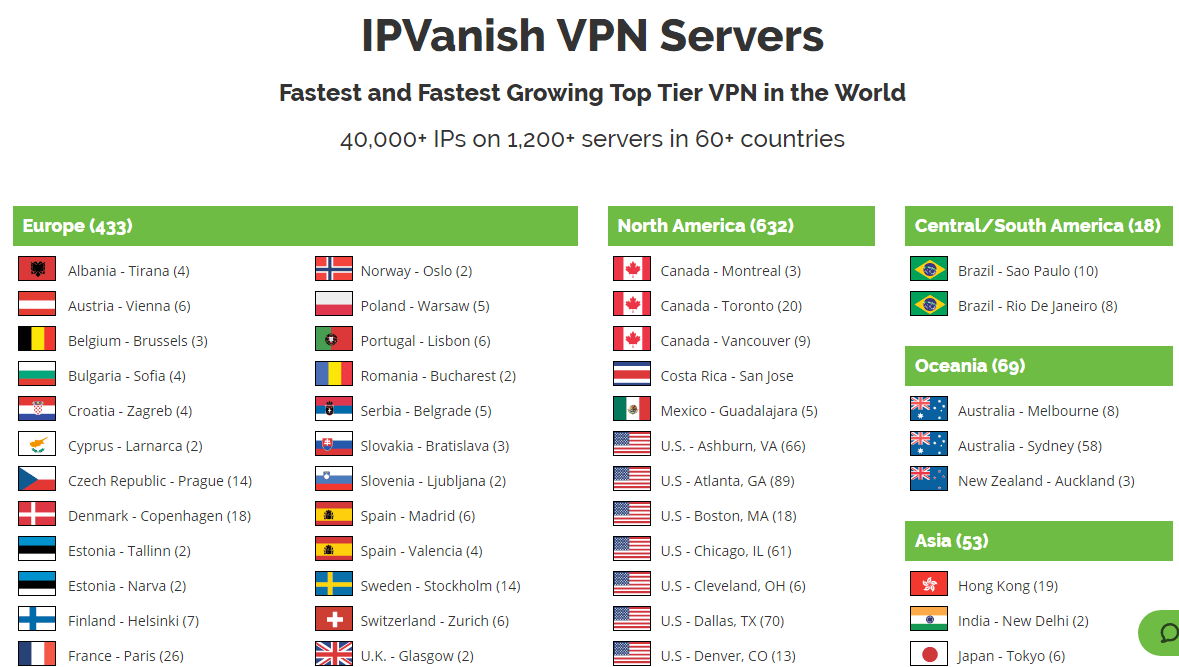 One distinction that IPVanish does have is that it owns its entire network. The ownership extends to the DNS servers the company use for managing user traffic. This assures you of greater privacy since there are no third parties that have access to your data.

IPVanish has the advantage for P2P usage since it allows torrenting on all servers. The site also claims to allow unlimited torrenting traffic, though it is quick to remind that speeds are slower than regular connections. IPVanish even says you can enjoy anonymous torrenting with its SOCKS5 support and no logs policy, which are great for downloading movies online.

NordVPN limits torrenting to a few servers located in 37 countries. However, the company does point out that these servers are dedicated to P2P, giving better performance. These servers are labeled in the NordVPN app’s on-screen map for faster identification.

NordVPN is one of the remaining VPN services that can unblock Netflix, thanks to its SmartPlay feature. It lets you go around the streaming site’s VPN block by mimicking the functions of a Smart DNS. Using the feature, you can access the contents of these six countries: US, UK, Japan, Canda, Australia, and the Netherlands.

While IPVanish doesn’t support Netflix unblocking anymore, it still works for a good number of other streaming channels like:

These channels will give you a large assortment of programs to watch.

As part of our NordVPN vs. IPVanish comparison, we reviewed the speed measurements conducted by Internet testing company Ookla on both providers. IPVanish led the tests, maintaining 95.7% of the download speed of a VPN-less connection. In contrast, NordVPN was able to reach 94.9% of regular connection speeds.

The small difference between the two providers’ speeds come as no surprise, since IPVanish manage their own network and can work to optimize it. Ookla themselves even noted that IPVanish owning all its servers contributed to the company’s efficiency.

We also decided to test IPVanish to better see how it performs. Our test connection was capped at 2Mbps, but the VPN was able to go past the cap and reached these speeds.

Our tests with its UK server delivered a speed of 8.7Mbps. We made additional tests to slow down the connection deliberately, but the VPN still managed to deliver a consistent speed.

You can also expect similar speeds for P2P applications even if the site cautions that the speeds would be lower than regular torrenting speeds. The fact that torrenting is available on all servers is another plus for IPVanish’s P2P capabilities.

Since both VPN providers have very close test numbers, you can expect that NordVPN will deliver similar performances to that of IPVanish. Users noted that the former has a slight advantage when it comes to local connections, but this can be on a case-to-case basis.

NordVPN is almost on par with IPVanish when it comes to torrenting since it has fewer servers dedicated to torrenting. Those few servers the are optimized to handle P2P traffic though. Many of the dedicated servers are also located in areas where torrenting is allowed, giving you additional security.

Both providers have easy-to-use client apps. One of the features they share is the interactive map for locating available servers. You can establish a connection just by clicking on the server icons on the map. The map is open by default in the NordVPN home screen, while you need to go to the dedicated Map tab for IPVanish.

The IPVanish app also features a graph displaying your current server load. The graph is updated in real-time, allowing you to keep track of your traffic. Other information that you will find onscreen include the time you spend connected and the server address. 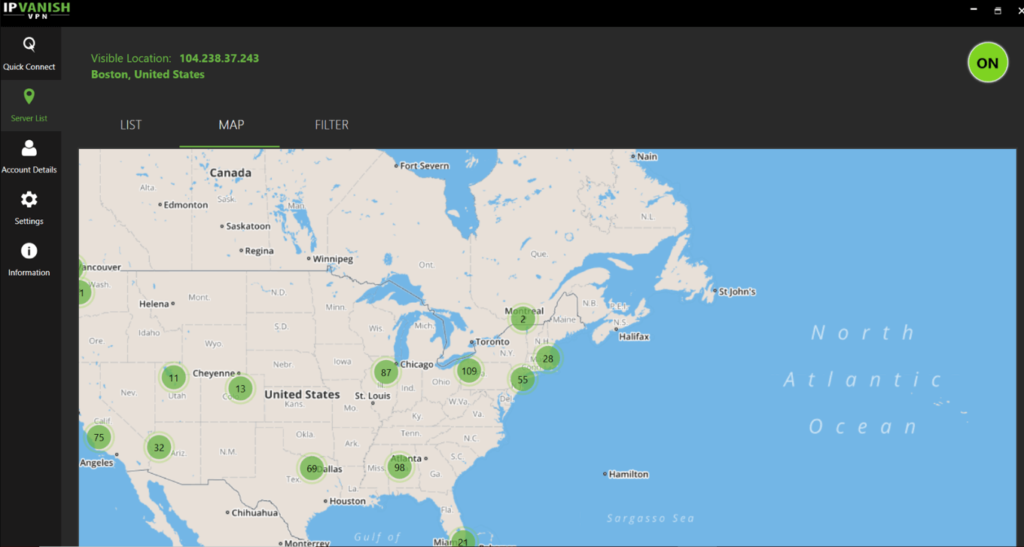 The app also has a filtering feature to sort servers into categories like country and ping time. The filtering process is straightforward and lets you connect to your desired servers right on the list. There is also a “stealth mode” feature that lets you bypass VPN blocking.

Beyond the special features, IPVanish gives you minimal setting options, including:

The settings are presented in a clean layout, making it easy to browse through the options.

The home screen map on NordVPN’s app is where most of the action takes place. Aside from displaying all the regular servers, it also shows the P2P and Double VPN servers in your given location. There is also a search bar at the side for looking up specific servers. 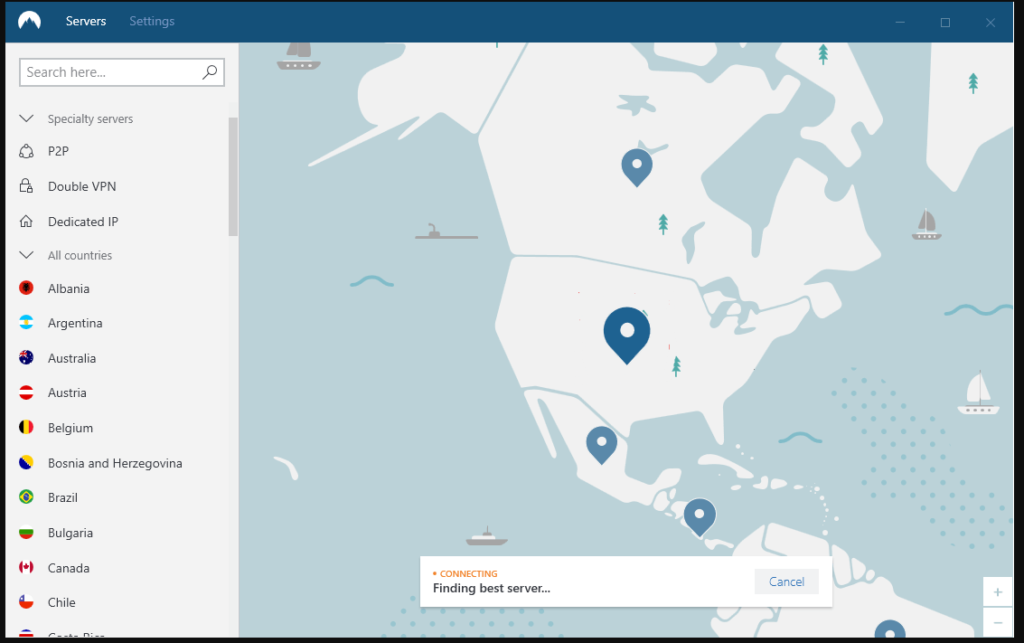 Another notable feature of the on-screen map is the Quick Connect section which recommends the best servers for you. The provider says the feature determines the server to recommend based on different factors like ping time, traffic quality, and load. This makes it handy for new users.

The app’s settings menu is easy to use, with special options like CyberSec being accessible via one-click buttons. There are a few advanced options to tinker with, like:

The advanced settings give you a degree of flexibility when setting up your VPN connection.

NordVPN vs. IPVanish Pricing and plans

Pricing is the final stop in our NordVPN vs. IPVanish comparison. The two providers have similar plans, with NordVPN having the following:

IPVanish has the following plans:

Both sets of plans come inclusive of all the features each provider offers.

IPVanish is the winner between the two, with a slightly lower price. NordVPN’s three-year offer looks lower per month, but it will not be ideal if you only want a VPN for short-term use.

NordVPN wins when it comes to guarantees, sporting a 30-day money back guarantee. On the other hand, IPVanish only comes with a seven-day guarantee. Both guarantees are fairly easy to get, and the two providers allow you to cancel your subscription at any time.

Both IPVanish and NordVPN give you the same channels where you can reach their customer support, including:

Each also has a large selection of self-help articles to guide you through setup and operation.

Who wins between IPVanish and NordVPN

After our exhaustive NordVPN vs. IPVanish comparison, we award the win to IPVanish because of these key factors:

While IPVanish is our winner, it wasn’t a complete rout and we still believe that NordVPN is worth your time and money. You can also go through our detailed provider reviews to find other providers you can consider.