ExpressVPN vs NordVPN: Which is the Best VPN of The Two?

ExpressVPN and NordVPN are two of the biggest names in the VPN industry. Both VPN providers have strong features, making it hard for users to pick one of them. If you’re one of those people, don’t fret. Read our ExpressVPN vs. NordVPN comparison to make an informed decision. ExpressVPN vs NordVPN: Features Let’s list first […]

ExpressVPN and NordVPN are two of the biggest names in the VPN industry. Both VPN providers have strong features, making it hard for users to pick one of them. If you’re one of those people, don’t fret. Read our ExpressVPN vs. NordVPN comparison to make an informed decision.

Let’s list first the common features shared by ExpressVPN and NordVPN, then highlight the differences: 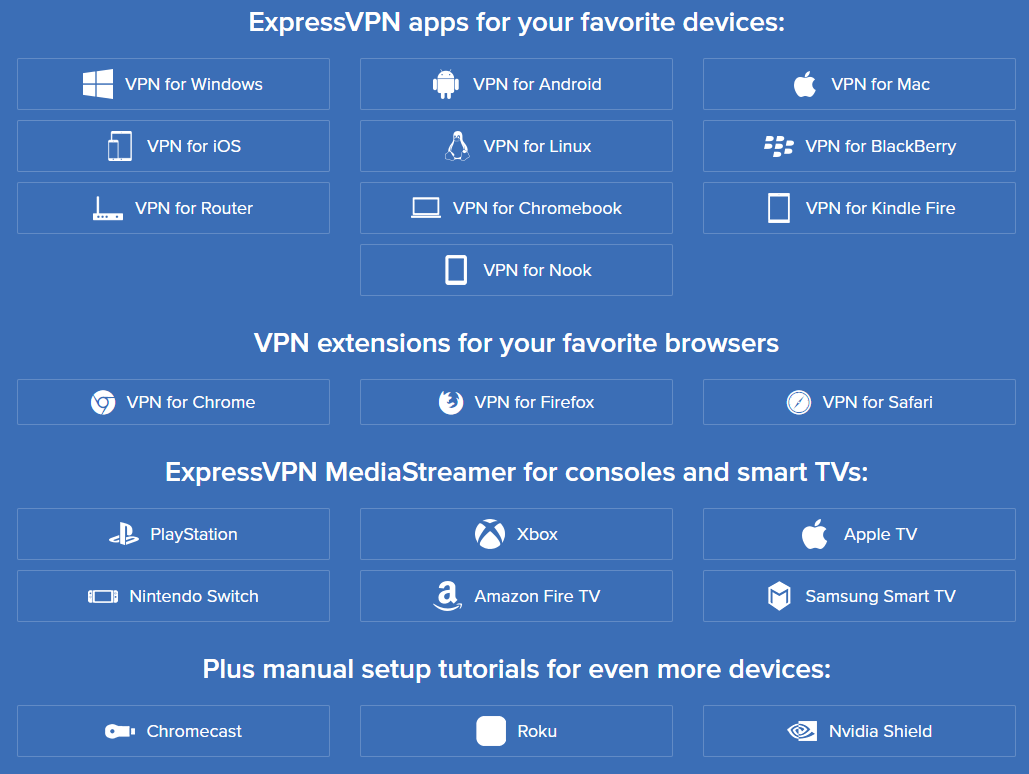 Pretty impressive, to say the least.

Specific to ExpressVPN are the following features:

These features of ExpressVPN are quite unique that you won’t usually find them in most VPN providers.

Not to be outdone, NordVPN has special features of its own:

These special NordVPN features provide an extra advantage in the areas of online privacy, security, and geo-unblocking. If they appeal to you, you’re encouraged to learn more about NordVPN by reading our review of them!

ExpressVPN vs NordVPN: Servers and reach 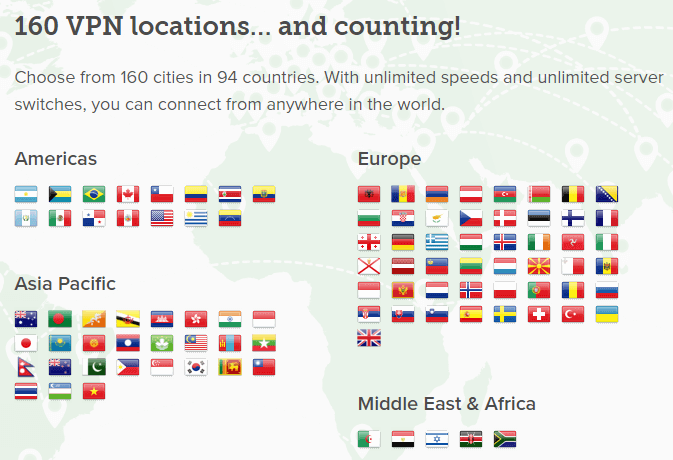 NordVPN has more servers, but ExpressVPN is present in more countries. Still, both providers have extensive networks. More importantly, they offer unlimited bandwidth and no speed limits (no throttling). As of this writing, both VPNs work in China.

Both ExpressVPN and NordVPN can get around geo-restrictions of streaming sites, notably Netflix. However, we found ExpressVPN to be a tad better than NordVPN in this area. For instance, when accessing Netflix US, using NordVPN is quite cumbersome. You might also like the fact that ExpressVPN explicitly lists the streaming sites that you can access: 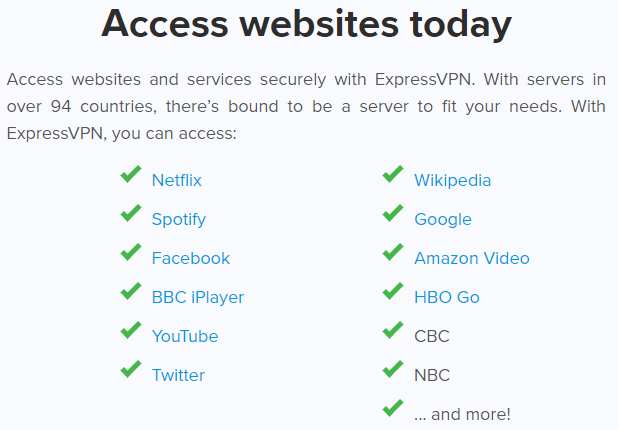 Both ExpressVPN and NordVPN allow P2P, a welcome feature for users who torrent. However, as in streaming, we found ExpressVPN to be better at torrenting. It provides excellent speed across all of its servers.

On the other hand, NordVPN only allows torrenting if you use one of its dedicated servers. These are located in 37 countries, including Japan, Australia, New Zealand, and Germany.

After testing, we found both ExpressVPN and NordVPN to have minimal impact on our connection speeds. Regular users won’t notice the difference at all.

Here’s the speed result without a VPN:

Here is our connection speed when we connected to an ExpressVPN’s server in the UK:

This is the result of an ExpressVPN’s server in the USA:

We randomly tested other servers, and there were no apparent slowdowns. While there are lags and latency issues the farther the VPN server is from your physical location, know that this case applies to any VPN.

NordVPN is also good, but we found the speeds to vary across its servers. Perhaps this is because NordVPN doesn’t own all of its servers.

At a glance, ExpressVPN’s has a minimalist but outdated look. It uses pop-outs whenever you click something on the main screen. For instance, if you selected a server in another country, you’ll get this pop-out window: 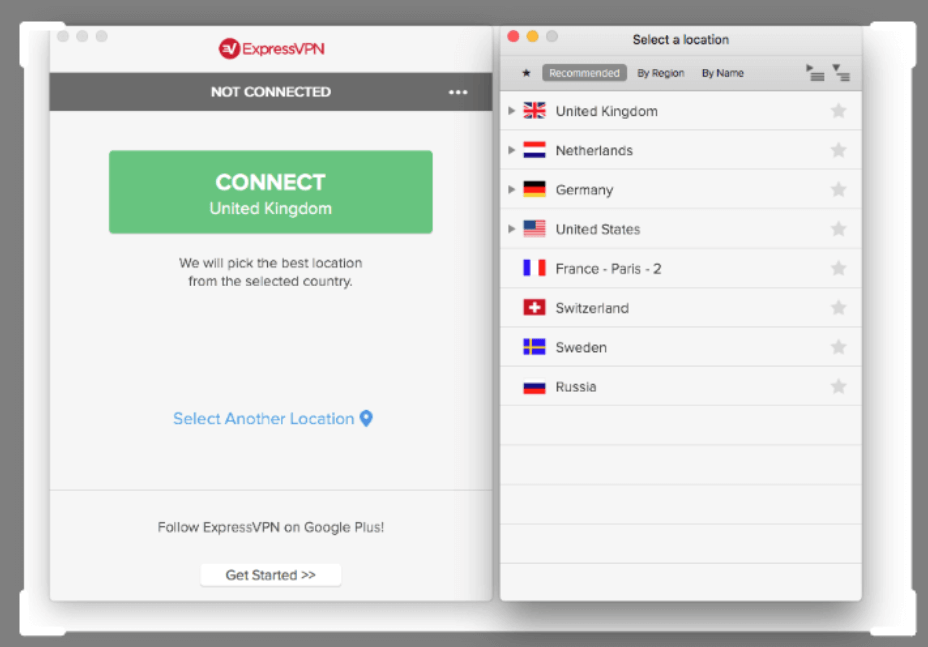 When you open the NordVPN app, what will greet you is a large home screen of all of its servers, including those dedicated to torrenting. 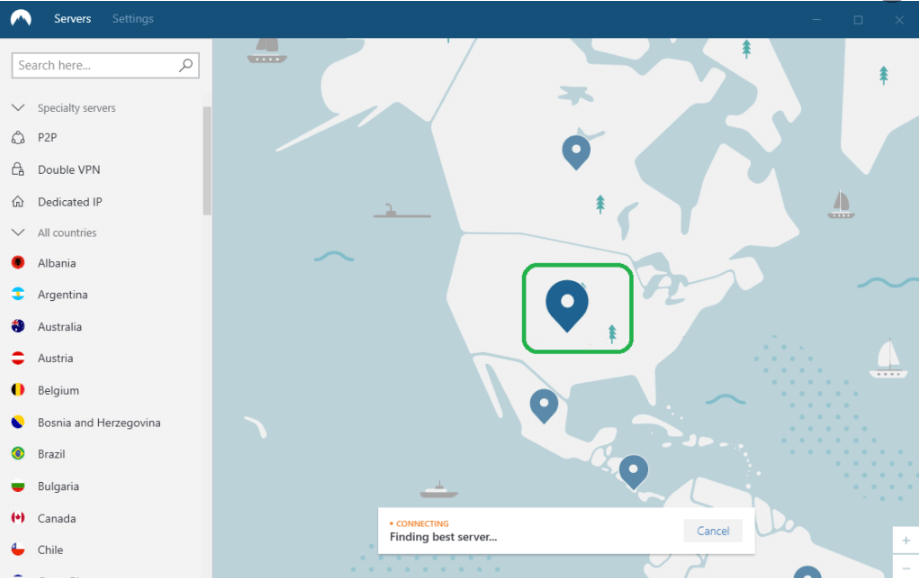 Also, advanced users will like NordVPN’s configurations, like connecting to the Tor network or choosing the Double VPN option.

While we find NordVPN a bit easier to use, the choice boils down to the preference of the user. 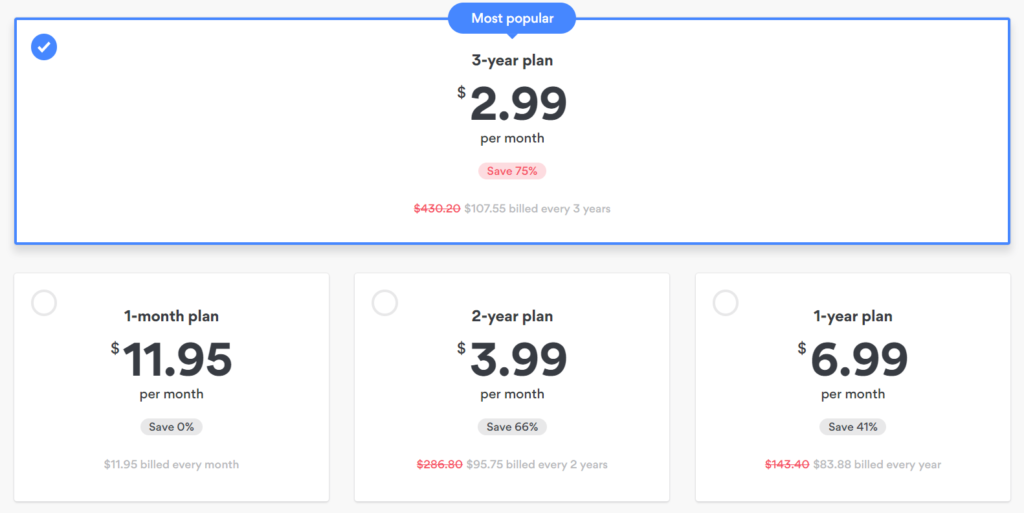 In terms of the plan-for-plan pricing, NordVPN wins this round. Also, it offers more package options for subscribers who want long-term plans.

NordVPN also accepts major credit cards. It accepts Bitcoin, Ethereum, and other cryptocurrencies. However, it doesn’t accept payment through PayPal.

In terms of payment modes, ExpressVPN is the winner as it offers more options.

ExpressVPN and NordVPN don’t have free trials, but both have 30-day money-back guarantees. You can try either service risk-free for 30 days, then you can request a full refund if you’re unsatisfied. However, with NordVPN, note that the company would attempt troubleshooting first before it grants your refund request.

Both ExpressVPN and NordVPN have several support channels. Both have 24/7 live chat options, and they actively respond to emails. Moreover, their websites are peppered with FAQs and guides where users can look for information if they want to troubleshoot themselves.

For the ultimate privacy of users, both providers have a no-logging policy. The countries where the two are based—British Virgin Islands for ExpressVPN, and Panama for NordVPN—have no data retention laws. Moreover, these two countries are not part of any intelligence-sharing agreements.

According to ExpressVPN’s Terms of Service, the company doesn’t store activity or connection logs. However, it collects email addresses, billing information, and details needed to address technical issues.

NordVPN also maintains a strict no-logging policy. The company says on their website that independent auditors have confirmed this policy. However, NordVPN mentioned it still stores email addresses, billing information, customer service chats, and timestamp of a user’s last session (to enforce the six-device limit).

ExpressVPN vs NordVPN: Who wins

To see which is the better VPN, we listed the areas where one VPN has the advantage over the other. Let’s start with NordVPN which is stronger in the following sections:

ExpressVPN is better in the following sections:

Aside from the above factors, ExpressVPN supports more devices, operating systems, and browsers. It has more payment options. It’s one of those rare VPNs with split tunneling feature and an in-app speed test.

NordVPN is a worthy contender, but we declare ExpressVPN as the winner. Check our ExpressVPN review here for more about this great provider. If you still can’t decide, remember: you can try both VPNs within 30 days. If you’re looking for more VPN choices, check our list of the best VPN providers below.